Well, hello there. Yes, the search has begun. We are officially hunting for the Class A Motorhome that will be our new full-time RV home.

So, how did we get here?

We are Laura and Kevin. We’ve been talking about traveling full-time for a few years now. But we thought we would be starting off traveling the world living in South East Asia, Central America, etc. So we were already moving in the direction of selling it all and living small.

A couple of years ago, our friends Beth and Taylor sold their house and hit the road full-time in an RV with their two dogs. And since they left, we talked about doing the same thing a few times but we never made any serious moves in that direct. Looking at RVs for sale on Craigslist doesn’t really count.

Fast forward to March of this year. We’re still working on moving out of the house. Someone is starting work on it in a couple of weeks to get it ready to sell. And we’re slowly selling off things we don’t need. But something happened that made us shift our focus back to living all over the U.S. in an RV. 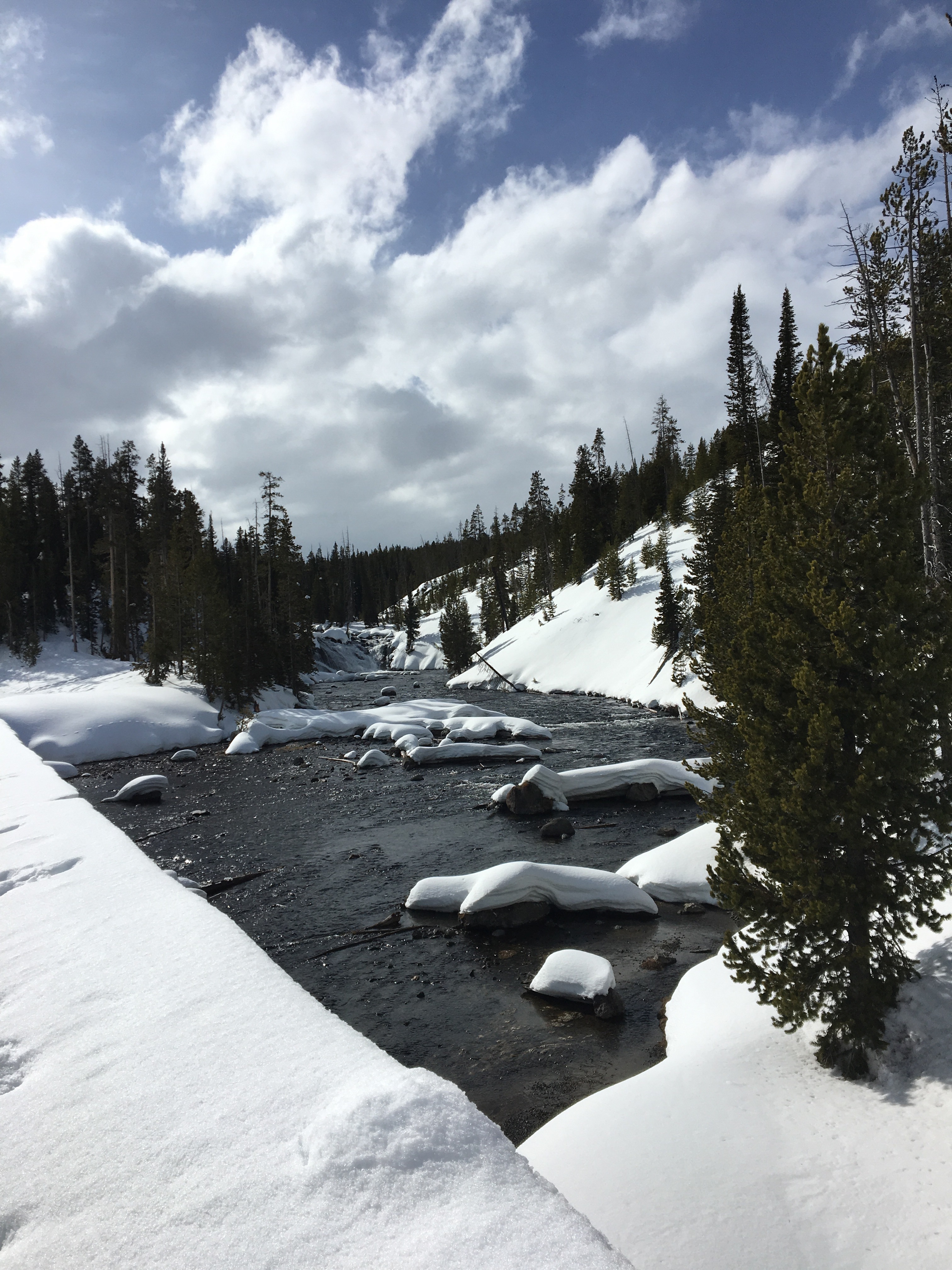 We spent a long weekend in Jackson Hole, Wyoming and visited Yellowstone as well. It was like visiting a foreign country it was so different from anywhere I’d lived. That got me to thinking that there are a bunch more sites like this that I haven’t seen in America. I have almost no experience with the vast lands in between the two coasts. I started thinking about an RV again and Kevin was into it so here we are.

The Search For Our Full-time RV Home Begins This time, we’re moving full steam ahead. Instead of watching TV shows at night, we watch YouTube videos by fulltime RVers. We’re reading blogs and obsessively refreshing Craigslist and RV Trader. And last weekend, we went RV shopping for the first time. We’ve been in our friends’ Fleetwood Southwind, but that’s about it.

I’d always thought there would be tons of used RVs available at dealers. When you drive by them on the interstate, the lots are massive with acres and acres of RVs.

Now that I’ve actually been to a couple of RV dealers I know the truth. If we are lucky, there will be one or two in our price range that meets our needs.

On the other hand, we really liked the very first one we saw, a 2004 Fleetwood Flair. It was a struggle to not just say “shut up and take my money!” The layout is good. It’s not too big and not too small. Nice basement storage. No funky smells but no cover up smells either. There was a little rust but it looked like it could be controlled. The kitchen looked serviceable. And I’m sure Kevin would have some things to say about more mechanical type features.

Instead of signing papers right then and there, we climbed in and out of RVs until the lot was closing. Not just Class As, but we checked out some class Cs too. And plenty of new motorhomes way, way beyond our budget. Some had two bathrooms. My house doesn’t have two bathrooms!

This weekend, we’ve got our eye on a Tiffen Allegro which is pretty much the same layout as the Fleetwood Flair. Actually, we’ve got our eyes on two. But one is relatively close by and at a dealer so we’ll check that one out first. Wish us luck finding our full-time RV home!

What's your biggest stress traveling as a vegan? Finding food, right? And not just food, but good and exciting food. Sure, in a pinch you can eat vegan at Taco Bell. Or have the ubiquitous hummus or black bean burger that every restaurant seems to rely on to be their veg*n option. Yawn. The flip side of this is that seeking out new and exciting vegan ...