Vegan Flagstaff: What We Ate

What does vegan Flagstaff have to offer? Lots!

Do you like Thai fusion, sushi, pizza and Cornish pasties? Then vegan Flagstaff has you covered! Keep reading to see details about each of these options.

The first restaurant we hit up was Red Curry Vegan Kitchen. Kevin had the mussamun curry and I had the spicy lemongrass soup. Both were delicious! 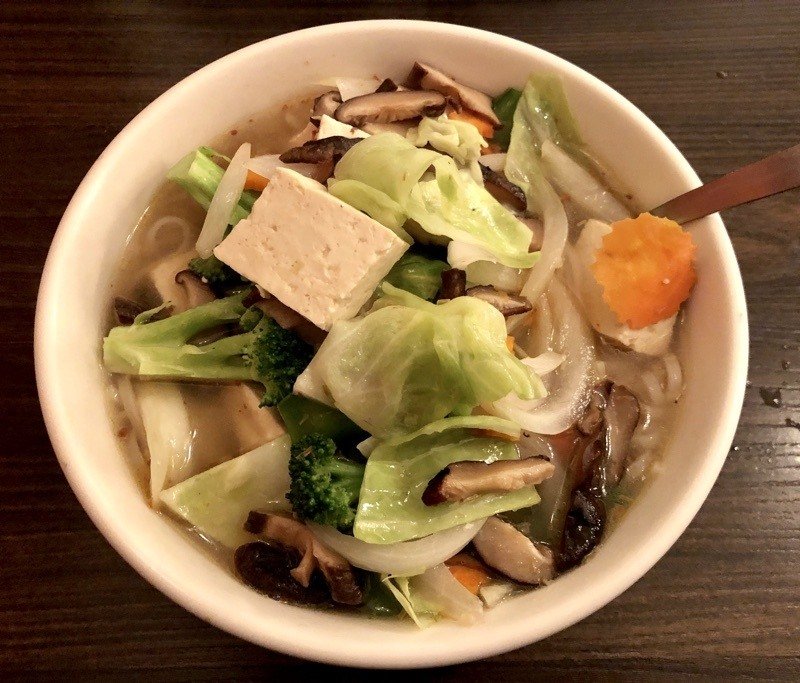 Many of the meals come with a salad, veggie roll, and samosa wonton like Kevin’s did. So keep that in mind before you start ordering appetizers.

Vegan sushi rolls that aren’t just avocado or cucumber maki? Sign us up!

Karma Sushi isn’t all vegan but their options were delicious. Many of the items marked vegetarian can also be vegan. Our server was able to tell us exactly what was vegan. We really enjoyed this food and if you get there for Happy Hour 3–6 pm, Monday through Saturday and all day Sunday, you can get a deal on the edamame and veggie spring rolls which are vegan.

When you see a place has vegan Cornish pasties, you’ve gotta go try that, right?

Cornish Pasty Co. has several vegan pasties on the regular menu plus they rotate specials daily - ask your server!

I got the Greek (Spinach, vegan mozzarella, sun-dried tomatoes, kalamata olives, artichokes and garlic with tahini.) They had some vegan options that were also more traditional in flavor. But most heavily featured mushrooms and we weren’t feelin’ them that day.

We also share a basket of their baked fries which were amazing! It’s a small chain so if you see one around you should give them a try. It’s another great place to go with a group.

Vegan pizza is getting easier and easier to find these days, but at Pizza Patio half the menu is vegan! Literally. The whole back side of the menu.

Pizza Patio makes their vegan meats and cheese in house. To make our best run at trying them all, we got The Lumberjack: Buffalo Mozzarella, Homemade Marinara, Pepperoni, Italian Sausage, Bacon, and arugula. We opted for the thin crust but next visit we had to try deep dish because Holy Moly look at this thing! Eating vegan in Flagstaff was so easy! We'd love to hear if you tried any of these vegan options or found some others we need to know about.

What to Keep in Your Vegan Kitchen

How to eat cheap vegan meals on a budget

Turn your pressure cooker into an air fryer?

Every night there are thousands of mobula rays lau

NBD, just composting our food scraps. We save ou

Your moment of zen.